With over 30 tree specimens on the grounds, the NCMA arboretum received Level 1 Arboretum Accreditation by ArbNet

History of the Pinetum

In developing the pinetum, Childs Frick was encouraged and advised by the American botanist, regarded as the dean of American dendrology, Charles Sprague Sargent. It was Frick’s plan to cultivate as many taxa of northern hemisphere conifers as possible on his estate. This plan included varieties as well as species. For approximately 35 years, Frick operated his experiment in ornamental horticulture. After Frick’s death in 1967, the pinetum was abandoned and, by the 1990s, was engulfed by native and exotic angiospermous trees and vines.

In 2009, the NCMA Horticulture Committee, which later on became the Buildings and Grounds Committee, began the major task of rehabilitating the pinetum. Working with the Nassau County Department of Parks, Recreation, and Museums, along with volunteer arborists and others, the pinetum was cleared of all dead trees and any invasive vines and trees. Consulting Childs Frick’s original list “A List of the Varieties of Coniferous Plants Growing at Clayton, New York”, the Committee was able to affix numbered tags and map the remaining 200 specimens of the original 400 trees planted by Frick. 32 trees in all were identified.

In 2020, The Nassau County Museum of Art was awarded the Level I Accreditation by The ArbNet Arboretum Accreditation Program and is now recognized as an accredited arboretum in the Morton Register of Arboreta, a database of the world’s arboreta and gardens dedicated to woody plants.

The ArbNet Arboretum Accreditation Program is the only global initiative to officially recognize arboreta based on a set of professional standards.

Image: The Pinetum Trail at NCMA in Summer 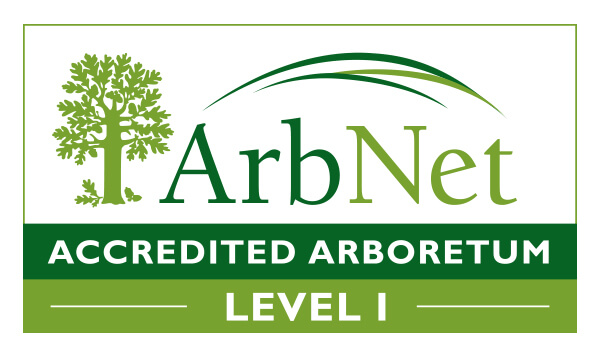 With respect to their mission, we ask that you follow the Nassau County guidelines that prohibit the following:

No pets are allowed on the grounds or in the indoor spaces, with the exception of properly credentialed service animals.

Ball playing or recreational sports are not permitted on the grounds.

The consumption of alcoholic beverages or picknicing is not permited on the grounds. Please dispose of all non-alcoholic drink and food waste in the proper receptacles located in the parking lots and near buildings.