The Museum’s outdoor sculpture collection of over 40 pieces by 30 sculptors is located throughout its 145 acres of fields, woods, ponds, and formal gardens of the William Cullen Bryant Preserve. With sculpture created over the past 100 years, from 1913 to 2018.

LEARN MORE ABOUT THE SCULPTURE GARDEN

Help us preserve the art for future generations. Please refrain from touching, climbing, sitting, standing or leaning against the sculptures.

The museum’s living collections are found on its 145 acres, officially known as the  William Cullen Bryant Preserve, and include an arboretum, nature trails, a native plant garden, and a formal garden. The land has a long history. It owes its unique and varied topographical features to the glacier that receded from here more than 10,000 years ago, leaving behind hills and ravines, ponds and boulders. The Manhasset Indians were its earliest recorded inhabitants, and the 17th and 18th centuries brought Dutch and English settlers and farmers. In the 19th century it became William Cullen Bryant’s Upland Farm and then a country estate in the late 1890s, before finally becoming a museum and preserve open to the public in 1969.

Image: The pond located across the field behind the Mansion in Autumn reflects changing foliage and Allen Bertoldi’s “Wood Duck”, 1979

Left- A Magnolia tree blooms on the Mansion’s Southern lawn in Spring.
Middle – A fallen Tulip Tree leaf in Autumn.
Right – The lush Ferns along the Pinetum Trail path in Summer.

NCMA is a proudly Accredited Level 1 Arboretum by ArbNet

The Museum’s nine marked nature trails which cover over 6 miles were cleared in 2006. Most are on bridle paths or driveways in existence during the Frick’s ownership, and some of these bridle paths followed nature trails originally cleared by William Cullen Bryant and often served as inspiration for his poetry.

The path we planned beneath the October’s sky,
Along the hill-side, through woodland shade,
Is finished; thanks to thee [Bryant’s wife], whose kindly eye
Has watched me, as I plied the busy spade;
Else had I wearied, ere this path of ours
Had pierced the woodland to its inner bowers.

Yet, ’twas a pleasant toil to trace and beat,
Among the glowing trees, this winding way,
While the sweet autumn sunshine, doubly sweet,
Flushed with ruddy foliage, round us lay,
As if some gorgeous cloud of morning stood,
In glory, mid the arches of the wood.

A path! What beauty does a path bestow
Even on the dreariest wild!  Its savage nook
Seem homelike where accustomed footsteps go,
And the grim rock puts on familiar looks,
The tangled swamp, through which a pathway strays,
Becomes a garden with strange flowers and sprays.
-William Cullen Bryant

View from The Derusha Dewey Trail in Winter

The Clayton Trellis Trail in Spring

The Tulip Tree Trail in Summer

The Pinetum Trail near The Manes Center in Autumn

The trails vary in length and difficulty as some follow the steep, hilly contours of the ravines – Jerusha Dewey, Ravine, and Mountain Laurel, while others are mostly flat – Clayton Trellis, Hempstead Harbor Overlook, Twin Pond, and Pinetum. Tulip Tree is one of the longest trails, and a combination of forest and meadow, flat and gradual inclines. Traces of the Frick’s rope tow can be still be found on some of the steepest hills where the family enjoyed winter skiing.

Cool and shady in summer, brilliantly colored in fall, stark and striking in winter, and transforming daily in spring as new growth emerges, the trails through offer inspiration and tranquility in all four seasons.

Learn How You Can Sponsor a Trail 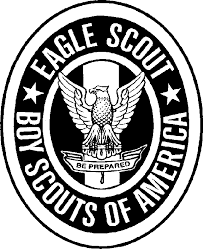 The grounds at Clayton must be thought of in terms of a great assembly of art, as valuable and as vulnerable as a great collection of paintings; set in a frame of equal value.  Today, the art of the garden and its history is a subject of equal academic weight that of art history or history of architecture.

When Frances and Childs Frick entertained guests here in the 1920s and 30s, a favorite afternoon entertainment was a leisurely stroll down the brick path from the house to the formal garden. This path, lined with specimen trees collected and planted by Childs Frick, is considered part of the garden’s design.

The garden is located just to the west of the main parking lot and is accessed from there through a privet arch with high hedges on either side.  Marian Cruger Coffin designed this garden for the Fricks in the 1920s and it is considered one of her finest designs.

Coffin’s use of rectangles, circles, and arches mirrors those of the symmetrical design of the mansion.  At the main axial crossing she placed a circular reflecting pool with a central fountain jet, which not only reflected surrounding trees and passing clouds, but also provided a strong focal point for the entire garden.

Throughout the garden, brick paths are both an aesthetic and practical feature of Coffin’s design, preserving the crisp, straight lines of the borders.  Hedges were to be maintained at specific heights as noted on her blueprints; entrance points were enhanced with brick retaining walls and steps.  The four garden rooms featured intricately scrolled boxwood designs in diamond or round patterns.

Yew hedges create the walls for four garden rooms. Two wide paths cross at the round pool and end at focal points – a perennial bed at the shorter, east-west one and a tall teak trellis at the long, north-south one. Low boxwood hedges are like a black pen underlining the straight lines and leading to the focal points. Within two of the garden rooms are boxwood scrolls and plantings of perennial flowers and roses. To complete the garden and connect it to the surrounding woods, Coffin designed an azalea garden with a more informal layout. This masterpiece of landscape design was impeccably maintained by a staff of twenty-two gardeners.

The classically styled teak trellis was designed by the New York architects Henry O. Milliken and Newton P. Bevin in 1931. Two brick structures on either side provided storage for furniture, china, and crystal as the Fricks frequently entertained in this area, often accompanied by music played from the platform to the right of the trellis. The trellis was restored by the Roslyn Landmark Society in 1986.

Butterflies, birds, bees, and other pollinators all need native plants for food and shelter. Much of this natural habitat on Long Island has disappeared because of an ever-increasing population and building development. Native plant gardens in homes as well as public areas are one way to alleviate this situation. The newest gardens at NCMA have been planted for this purpose. ReWild Long Island planted a native plant butterfly garden in one of the barren circles around the The Manes Art & Education Center on the grounds of the Museum in Fall 2019. In May 2020, volunteers replaced two more barren circles with blooming native plants, with generous funding, guidance, and support from the Northshore Audubon Sociery. Across the roadway, more volunteers planted two milkweed gardens to provide food and habitat for monarch butterflies, thanks to a grant from Monarch Watch at the University of Kansas.  These gardens are easily adapted to a home garden of almost any size, and feature spring, summer, and fall flowering plants that attract and feed birds, bees, and many different butterflies. These gardens are now alive with blooms and the munching of caterpillars, the buzzing of bees, the fluttering of butterflies, and of course the birds that feed on them.

Audubon’s mission is to conserve and restore natural ecosystems, focusing on birds and other wildlife. For advice on how to create or to be certified as a bird-friendly habitat, please contact Peggy Maslow at pmaslow@gmail.com

With respect to their mission, we ask that you follow the Nassau County guidelines that prohibit the following:

No pets are allowed on the grounds or in the indoor spaces, with the exception of properly credentialed service animals.

No Ball Playing or Sports

Ball playing or recreational sports are not permitted on the grounds.

No Alcohol or Picnics

The consumption of alcoholic beverages or picknicing is not permited on the grounds. Please dispose of all non-alcoholic drink and food waste in the proper receptacles located in the parking lots and near buildings.