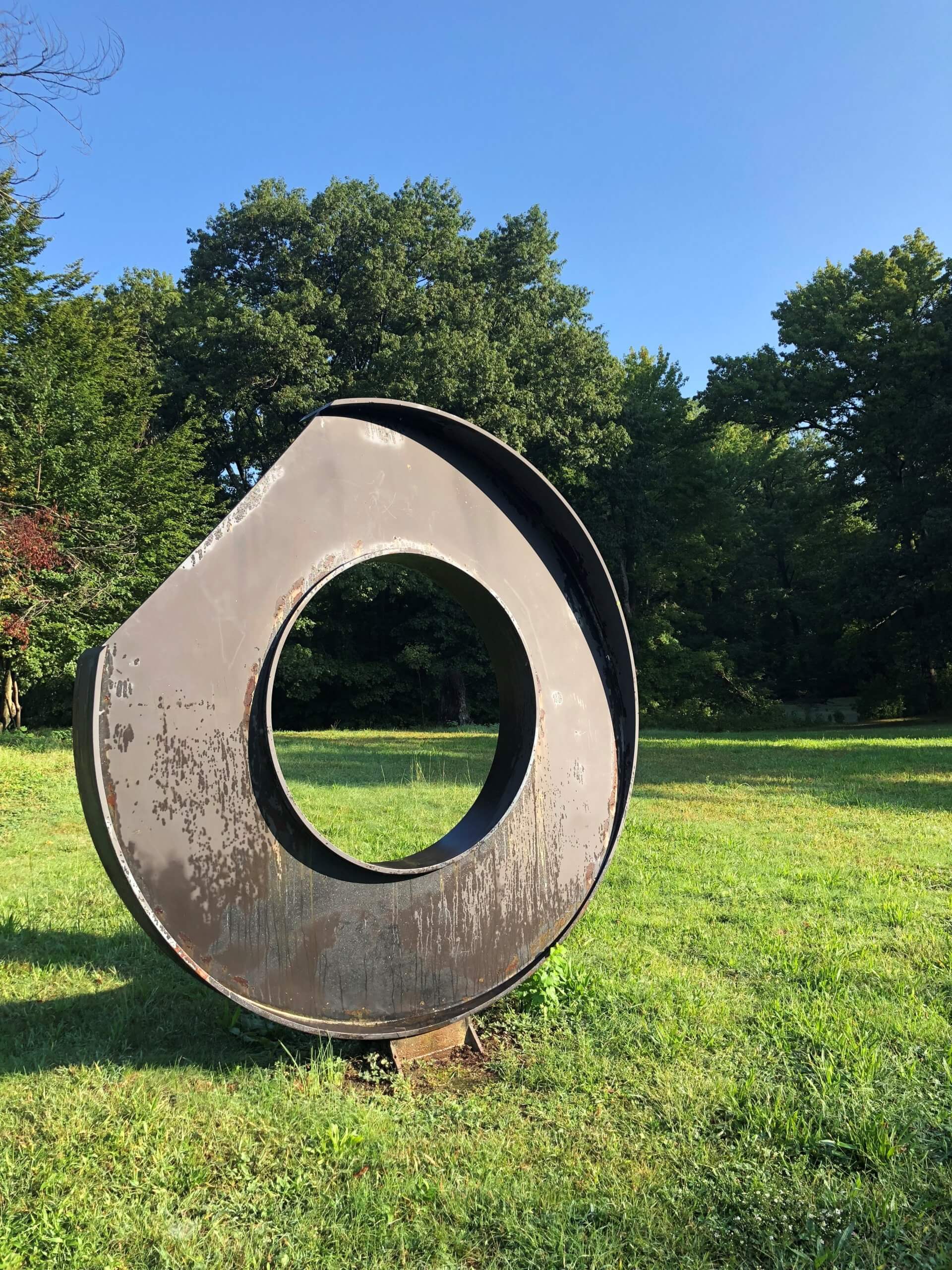 A variation of one of Bertoldi’s favorite themes, the circle and the line, curved vs. straight lines.  A straight I-beam is curved into a circle; a straight cut at a 45-degree angle interrupts the curve at the upper left.  Its length and the diameter of the central hole are both one-half of the diameter of the large circle.  Move around the sculpture to notice that it is convex on one side, concave on the other. Isamu Noguchi (1904 – 1988) was a well-known Japanese sculptor whose works were heavy monolithic pieces that enclosed space or seemed to defy weight.

Allen Bertoldi, 1941 – 1981 – California-born and trained sculptor, Bertoldi moved to New York with his family in 1976. He died in 1981 at age 40 after falling off a roof while renovating his recently purchased studio in Brooklyn.