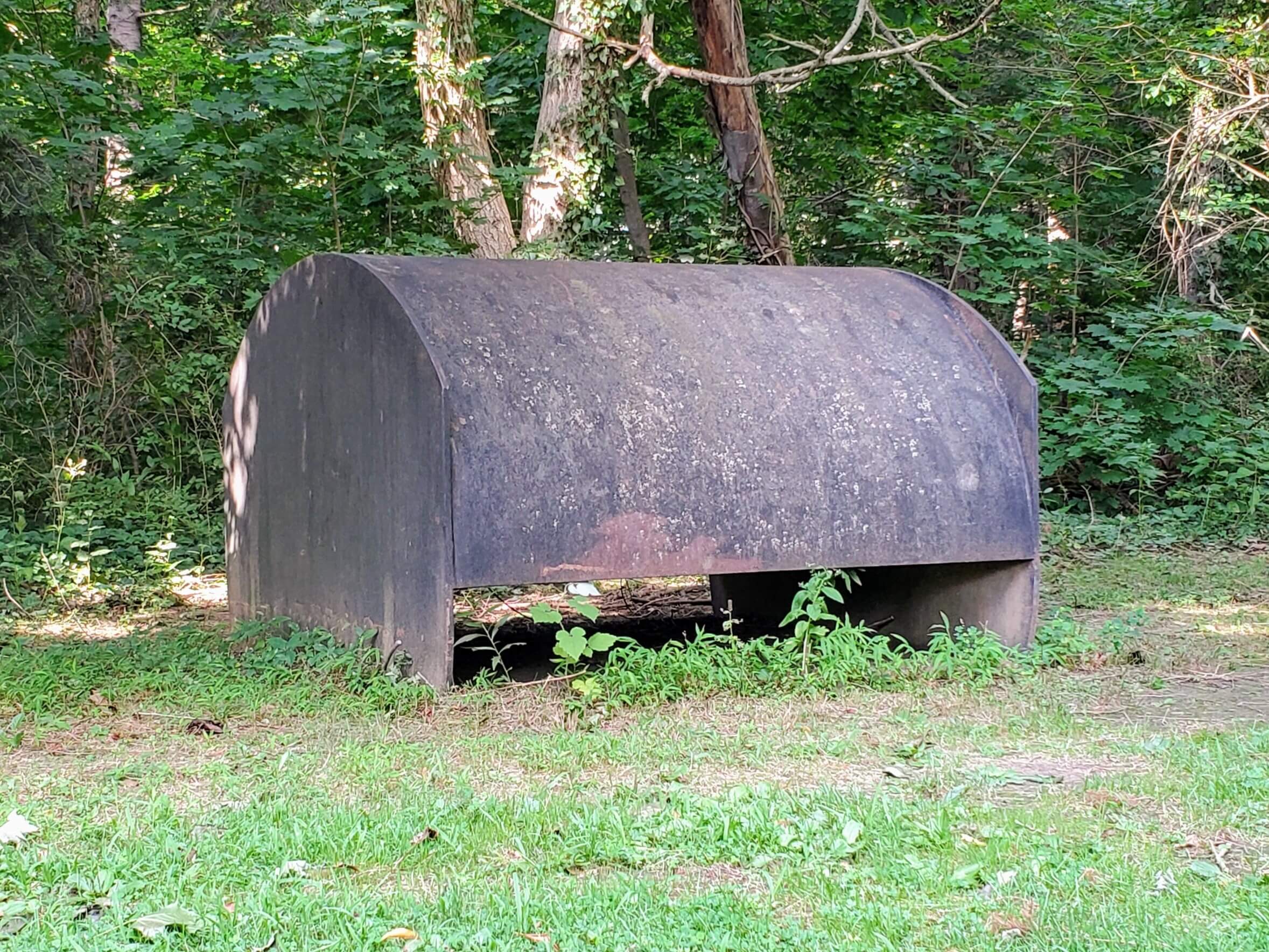 An interplay of straight and curved forms, enclosure and opening, harbored in an intimate, enclosed site on top of a gentle rise.

Allen Bertoldi, 1941- 1981 – A California-born and trained sculptor, Bertoldi moved to New York with his family in 1976. He died in 1981 at age 40 after falling off a roof while renovating his recently purchased studio in Brooklyn.