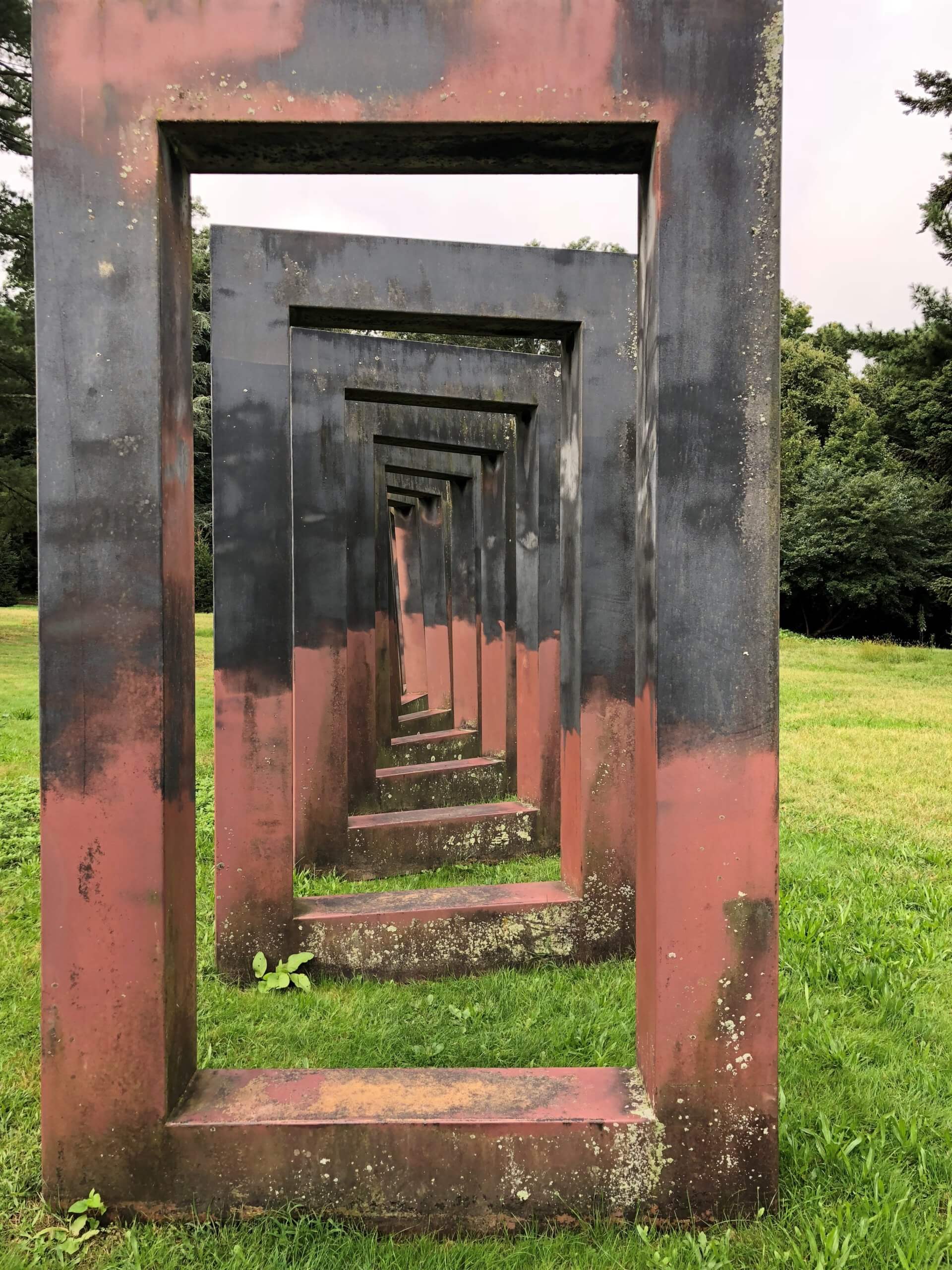 Originally constructed and exhibited in Redbank, California, where it was composed of thirty-one movable elements.  Nassau Variation is made up of 16 of the original 31 identical rectangular modules. Each piece is an open rectangle measuring 10 feet high, 6 feet wide, and 1 foot deep; a 4 by 8 foot opening, or negative space, is in the center of each rectangle.  Eight modules face and curve out from one another, pivoting progressively, so that the last stands at a 90-degree angle to the first.  The other eight panels again pivot, in the opposite direction. Stand in the center so that the space tunnels and closes, twists and turns. Move around and allow each rectangle to frame a different view of the landscape, the museum building, and the surrounding sculpture.  This sculpture is one of the Museum’s “trademark” works and, again, a subtle example of Bertoldi’s preoccupation with straight and curved forms. Time and weather are slowly transforming this originally all-black sculpture.

Allen Bertoldi, 1941 – 1981 – A California-born and trained sculptor, Bertoldi moved to New York with his family in 1976. He died in 1981 at age 40 after falling off a roof while renovating his recently purchased studio in Brooklyn.